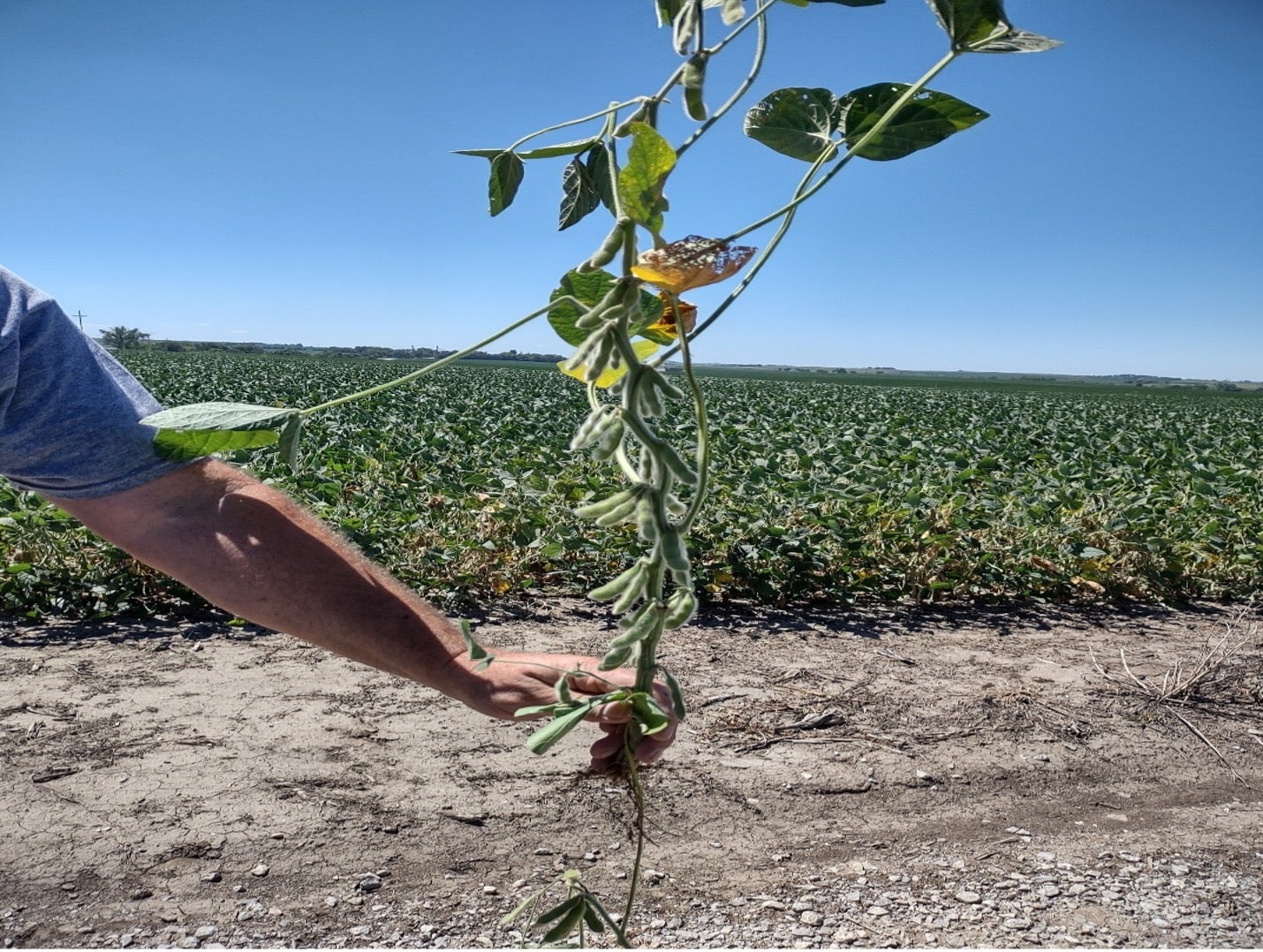 August 11, 2022
The news is somewhat better in soybeans in that they have some time on their side in hopes of receiving rainfall.  Most soybeans are in full bloom (R1) to pod set (R2) stage of development.  They have begun to show dramatic signs of moisture stress in that they are shrinking in size and are beginning to abort the initial pods that had been set.  It is not uncommon for soybeans to abort the initial pods however, some of the plants have ceased blooming.  They can “wake up” with rain but, they are reaching a critical point in moisture use within the reproductive phases of development. 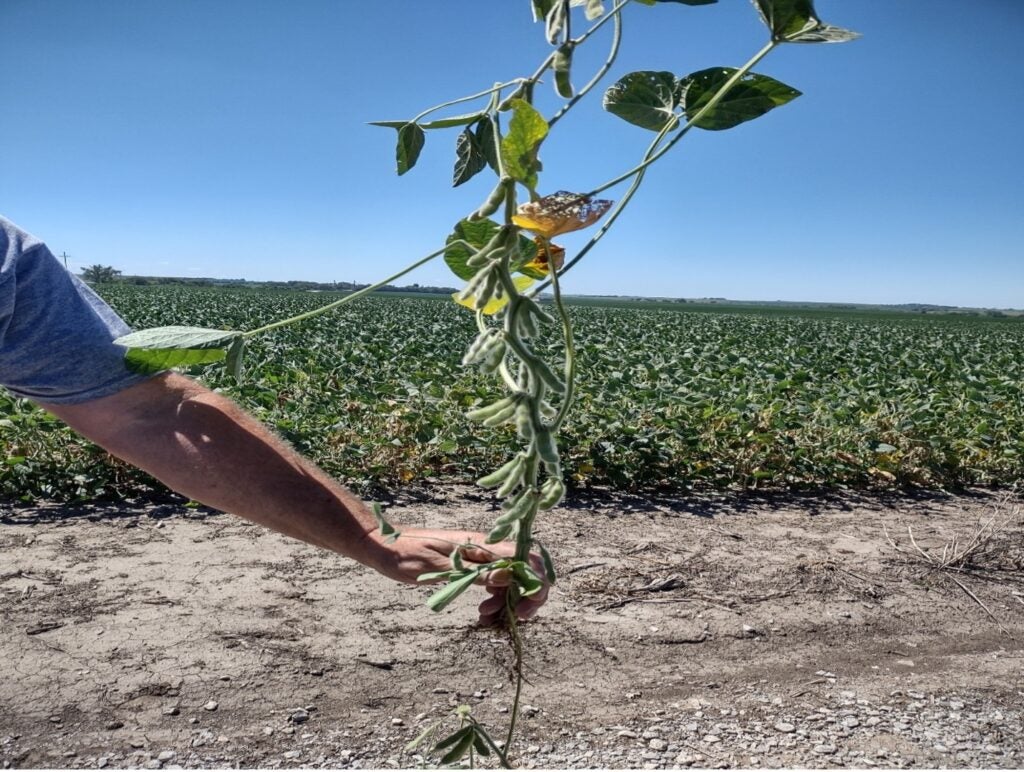 In some areas, haying your drought stressed soybean crop may be considered.   Harvesting immature soybeans for forage offers a way to salvage some value from the crop. Many problems exist, however, when soybeans are harvested as forage.

Soybean hay is extremely difficult to make. The stems dry slowly and several days are needed for the forage to reach the proper dry matter content. The leaves dry quickly and shatter during hay making and the hay is extremely dusty.   Tonnage estimates are difficult, because of variety and height variables.  If you are able to retain most of the leaves the feeding value would be comparable to alfalfa.

Soybeans also are difficult to ensile. The high concentration of fat (about 10%) inhibits bacteria in the silage and fermentation is slow and often incomplete. The silage may have a high pH and may allow the growth of molds and other deleterious microorganisms. The best approach to using soybeans as a forage is to mix them with corn plants during silo filling. The corn provides soluble carbohydrates for the bacteria and dilutes the fat in the soybeans. A mixture of about 1 part corn and 1 part soybean works well. A higher ratio of corn to soybeans will not be detrimental but avoid using more than 1 part soybean to 1 part corn. In large diameter upright silos, adequate mixing usually occurs when one load of corn is unloaded followed by one load of soybeans. In smaller diameter upright silos one-half load of soybeans followed by one-half of a full load of corn will usually result in adequate mixing. For silo bags, mixing is difficult. The ratio of corn to soybeans should be increased and the amount of soybeans put in the silo at one time should be small. The best solution would be to chop about one-fourth to one-half load of soybeans and fill the rest of the wagon with corn.

The amount of soybean silage or hay that can be fed is limited because of the fat content. If the forage contained about 10% fat, the total amount of soybean forage that should be fed to cows is 10 lbs. of dry matter. Higher amounts will reduce fiber digestion and may cause decreased feed intake. Other sources of vegetable fat (for example, roasted soybeans) should not be included in the concentrate mix. About 20 lbs. of dry matter from a mix of 50% corn and 50% soybeans could be fed.

Because harvesting procedures and maturity will have a substantial impact on the nutritional value of soybean forage, a feed test is extremely important. Beyond the standard nutrients (protein, fiber, minerals), the forage should also be analyzed for total fat. The amount of fat from soybeans fed should not exceed 1 lb.