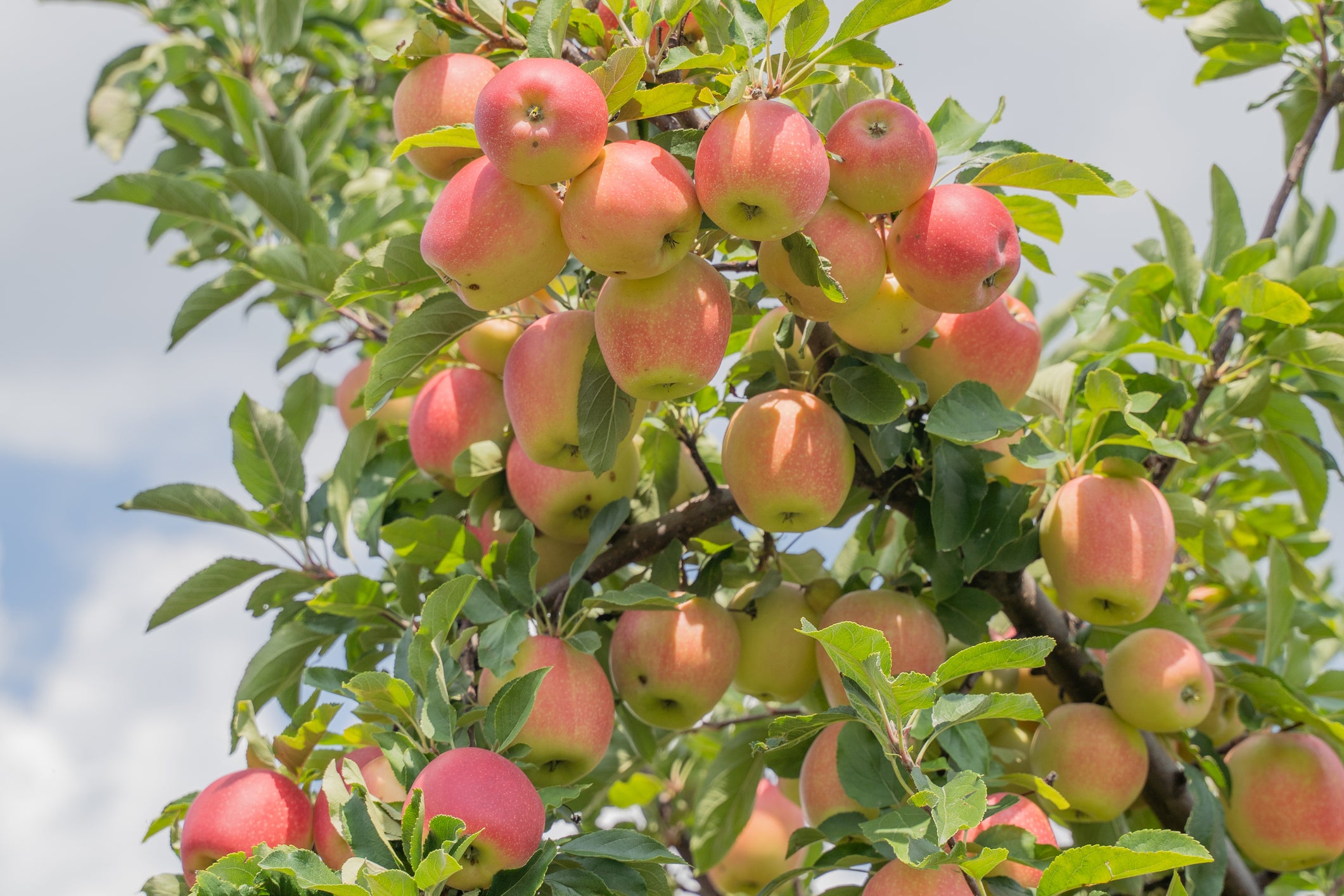 August 04, 2022
It’s no surprise here in Eastern Washington that sunburn protection is crucial for getting apples in the bin. With temperatures guaranteed to reach the high nineties, utilizing a variety of cooling methods can play a major role in preventing sunburn. The cooling methods found here in the PNW consist of; Convective cooling – when the water evaporates before it reaches the leaves and fruit, this is typically done with overhead foggers. Hydro cooling – when your apply water to the leaves and fruit to carry the heat away through liquid runoff. Typically done with larger sprinklers like rainbirds or R2000s. Evaporative cooling – when you apply water to the leaves and fruit to extract the heat through latent heat transfer. Typically done with lower output nozzles like certain R10s, or S7s.

Although these practices seem straightforward forward each comes with its own set of pros and cons. While fogging systems are efficient and effective for convective cooling, they do come at a price with startup costs being quite expensive. They also run into issues if you don’t have a top-of-the-line filter in place because they can easily clog if there is sediment in the water. Rainbirds and R2000s are great for hydro cooling as well as low maintenance. Unfortunately, they put down way too much water to be both efficient and effective for cooling. R10s seem to be the standard for evaporative cooling here in the PNW. They are affordable, have a manageable gph for cooling, and are low maintenance. With that being said they can become too much if you aren’t running them at the proper PSI.

For several growers in the PNW, older irrigation systems have been modified to operate these cooling setups. Because these older systems weren’t made to handle cooling, certain structural issues can hinder the performance of a system. This is where growers can start to run into problems. For instance, someone utilizing existing rainbird impacts or newer R2000 as overheads can successfully cool the orchard, but at the cost of laying down significant water. While having one system to irrigate and cool might seem great at first it can quickly become problematic. As cooling starts for the season it can run anywhere from 35-75 consecutive days depending on the summer. Because of this, having a system that’s pushing water into the soil as you’re cooling can cause fruit sizing issues, bitter pit, or in more extreme cases; root diseases such as phytophthora. You can see in Figure 1, that while the irrigation events stopped towards the end of June the soil moisture continued to rise from the overhead cooling. In scenarios such as this, working around the system you have is important. This can mean more sun protectants, fewer irrigations leading up to cooling, or just an upgrade of the system itself.

Another cooling practice that’s used by growers is the act of moving R10s from under trees for irrigation to overhead for cooling. When it comes to this method there is simply too much variability and cost associated with it to be sustainable. With labor being the largest cost on an orchard, paying someone to move these as frequently as you would need starts to add up. Labor costs aside, having someone repositioning a sprinkler head from under the tree to overhead creates pockets of over/under irrigation as well as increased areas of sunburn due to the fact that they aren’t being evenly spaced with each watering event. To give an idea of what this looks like we had 2 probes installed in an orchard in Royal City, one probe right across from the other in 2 separate rows. In figure 2 you can see a good depiction of the irrigation events while in figure 3 you see the same irrigation events with less penetration due to poor coverage from the R10 movement.

When it comes to having an efficient and effective cooling system in place it’s no small endeavor. This is important to note because improper setups have the potential to cause tens of thousands of dollars annually in pack-outs and labor. Taking the time to sit down and go over the cost of an upgrade can be spendy short term, but the benefits significantly outweigh that for the long-term life of an orchard. It’s also important to mention that there are organizations that help facilitate irrigation upgrades such as local soil and conservation groups like the National Resource Conservation Service (NRCS).