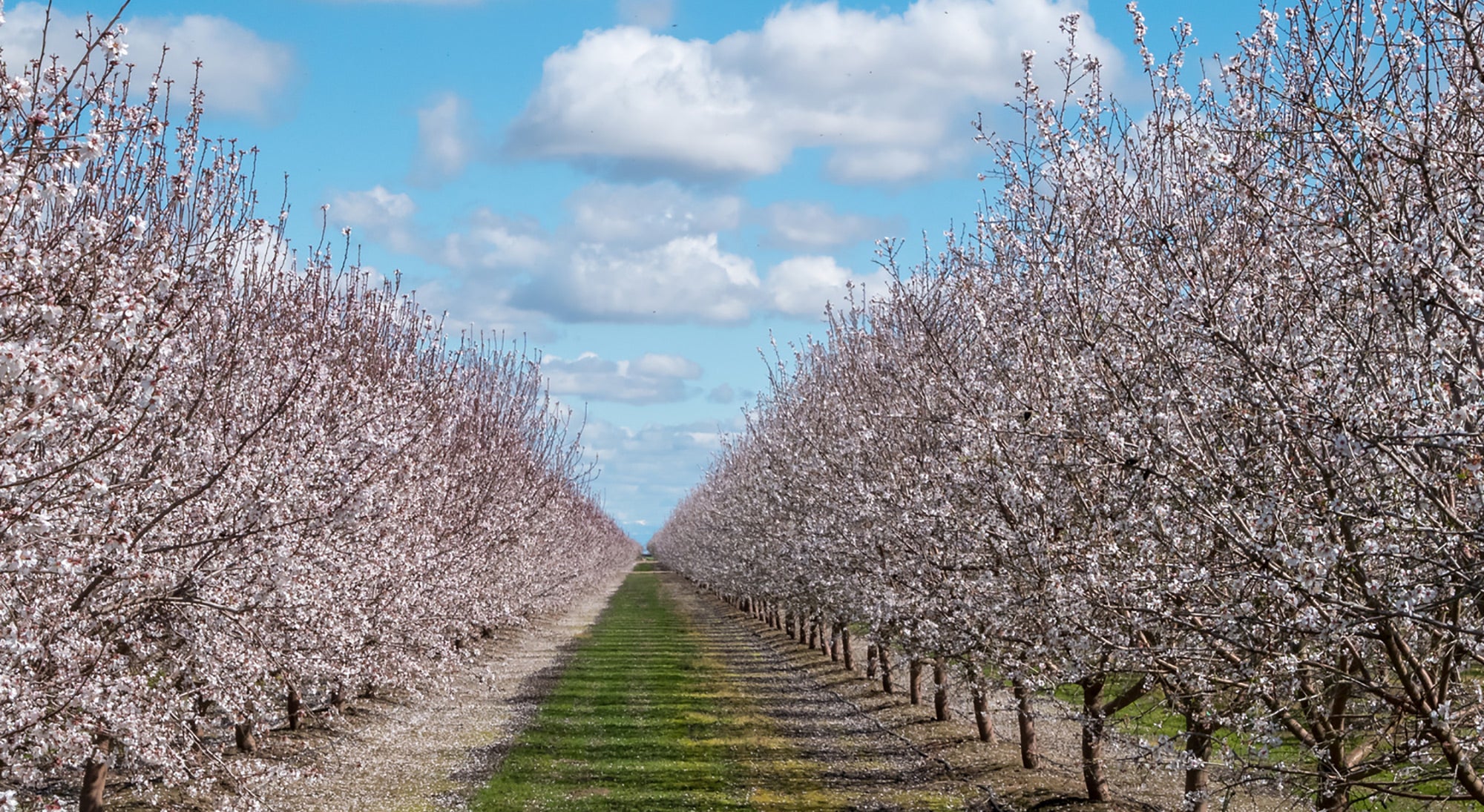 January 18, 2022
A new year is upon us and soon almonds will be breaking dormancy to kick off the 2022 growing season.  As the proverbial question asks, which came first, the chicken or the egg?  One might ask, which comes first, new roots or new leaves?  As can be seen in the graphics below it is clear that immediately following bloom leaf out begins and after that, the first flush of spring root growth occurs (research conducted by Patrick Brown, et al).  This is important for both the timing and source of the first nitrogen application.

First, and this is very important, nitrogen applied prior to bloom has NO effect on bloom, early leaf growth and shoot expansion.  These processes are entirely driven by nutrients stored over winter from last year’s fertility program.  Soil nutrient uptake will not occur until trees are active and leaves are transpiring.  Without a transpiration stream pulling in soil moisture and the soluble nutrients contained in the root zone, there is no nutrient uptake.  The bottom line is nitrogen applications made too early in the spring may be lost by leaching (worst in coarse-textured soils) and/or denitrification (worst in fine-textured soils).

The UC recommendation for spring-applied N is about 20% of the seasonal total to be applied in mid to late Feb or into early March.  This represents the right time.

Source of nitrogen for spring applications while soil temperatures are cool or downright cold, may also be an important consideration. Most of the nitrogen taken up by almonds is in the nitrate form because nitrate is mobile in soils and moves by mass stream and is readily pulled into roots with the transpiration stream.  Ammonium is not mobile in soils and is fixed near the point of application. Uptake of ammonium is by diffusion across very short distances in the soil.  Conversion of ammonium to nitrate is mediated by soil bacteria and is a temperature-driven process.  When soils are warm nitrification may be as rapid as 10-14 days.  But when soil temperature in the root zone is colder this conversion will require a significantly longer period of time. See chart below:

So, to meet early-season nitrogen needs a portion, if not most of the nitrogen should be applied in the nitrate form.