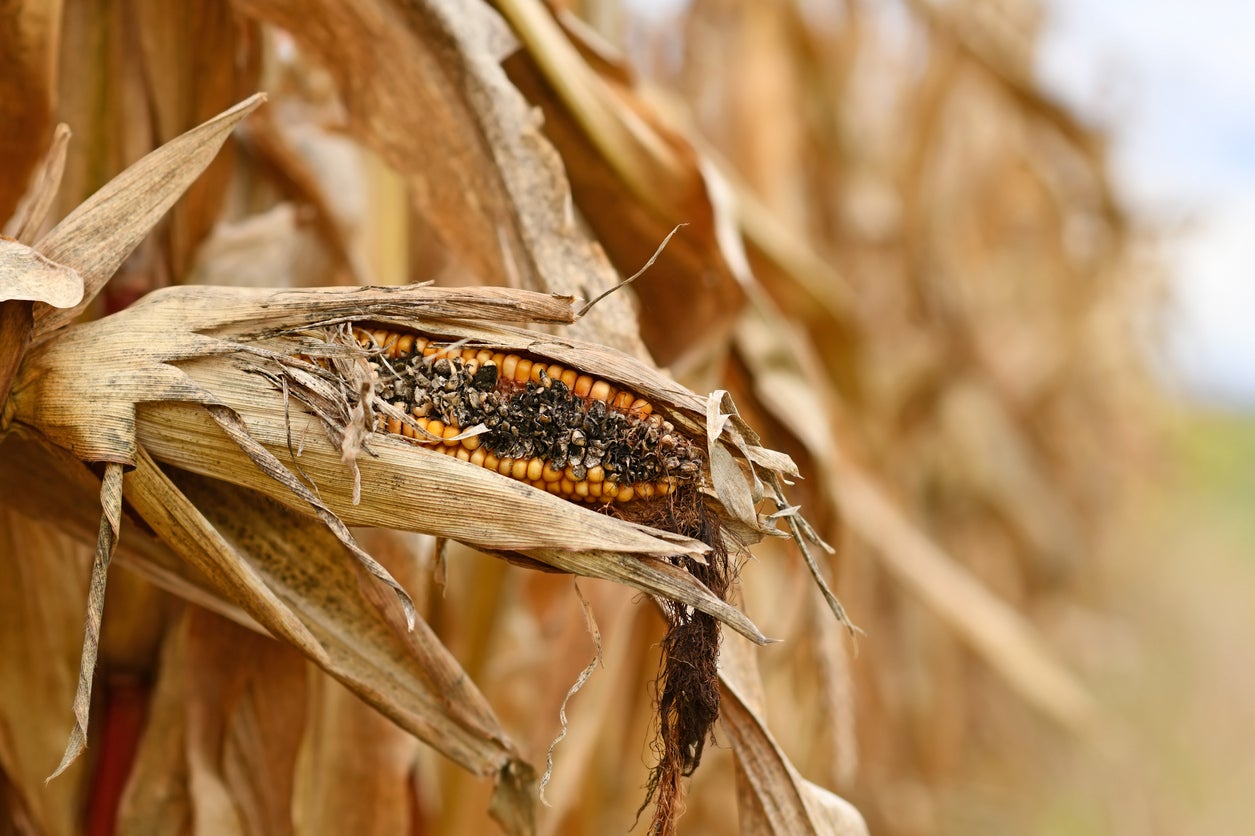 September 12, 2022
Stalk rot development happens most years to some degree and this year it will follow a “vulture on the carcass” analogy as the plant had already pre-maturely died from this year’s weather pattern and then the disease infections began.   Following is a brief description of the more common stalk rots, geographic location and timing of attack.

Soybean diseases such as sudden death syndrome (SDS), brown stem rot (BSR), charcoal rot, Rhizoctonia stem rot and Phytophthora root rot are all soybean diseases, which can cause early senescence. From a distance, the symptoms of yellow or chlorotic soybeans appear similar in the field. The first symptoms to appear are yellow or chlorotic areas in-between the leaf veins that turn tan to brown. Eventually, plants will defoliate early leaving stems, petioles and pods. Determining which pathogen is responsible can be a challenge.

Here are some key characteristics to look for to determine which disease may be causing the problem:

Phytophthora stem rot symptoms include a dark brown discoloration of the stem progressing up from ground level. Internally, the stem pith will be discolored.